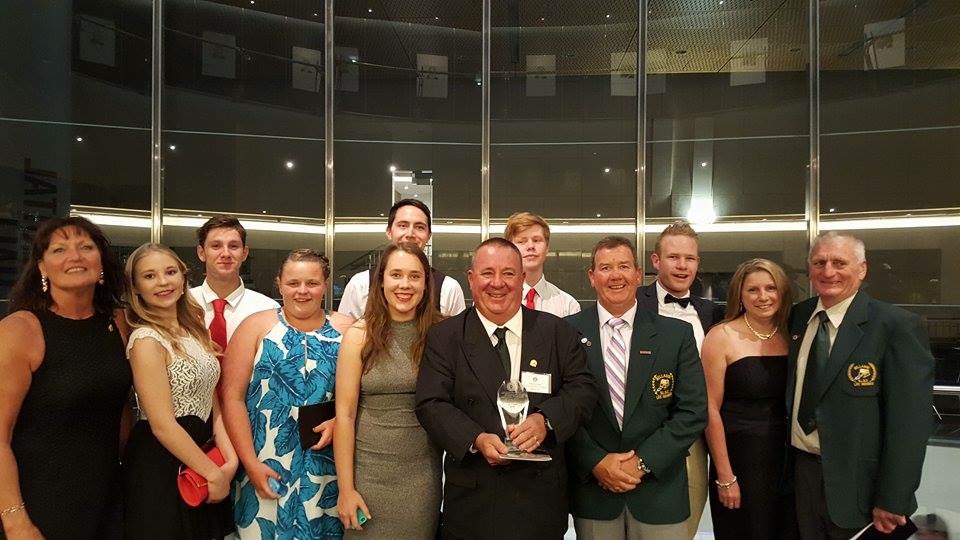 Bellambi’s Project 291 has previously taken out the award for Community Education Program of the Year at the Surf Life Saving NSW Awards of Excellence in August, and now they have gone one better scooping the prize at a national level.

A delegation of around 20 people headed to the awards ceremony in Sydney on Saturday night with many of them being involved with delivering the program.

Club president Craig Kershaw hailed the award as one of the most amazing achievements in the club’s history.

“To receive this recognition first at a state level, and now at a national one really blows me away. We’re a small club and while others say that we’re punching above our weight that to me is a huge compliment for what we are trying to achieve,” Mr Kershaw said.

“Lifesaving means different things to different clubs and I like to think that our project is making a difference in our community. Education and opportunity is something that as a club we value highly.”

Initially Project 291 started because there was genuine concern in the community that school-aged youngsters (primarily those between 5-18) lacked experience in the surf and weren’t equipped to handle it if they got into difficulty while in the water.

The program has attracted significant community support and takes place several times each year. Course participants get to spend time in the local pool to be introduced to basic swimming techniques, while also spending 5 days at the beach during the school holidays where they are introduced to the dangers of the beach such as rips and other hazards. The club also provides a daily barbeque for the kids, and hopes to foster a life-long love of the water and promote new friendships.

Some new SRC and Bronze Medallion holders from Bellambi and other surrounding clubs have had their first taste of leadership thanks to Project 291 as they donated their time to help out during the course thanks to the Rookie Lifesavers Program.

Mr Kershaw also paid tribute to the community support for Project 291 that allows the club to deliver an engaging program that is teaching the area’s kids valuable skills that wil help keep them safe in the water.

“The project name 291 actually came from the Royal Lifesaving drowning statistics from a few seasons ago. The community support has been amazing, and to be honest I think the support of the swimming schools in the pool has played a huge role in the success of this as it’s giving the kids a chance to learn their skills both in the pool and in the surf,” he said.

In total Bellambi’s volunteers contributed in excess of 450 hours to delivering the project, ensuring that it has been warmly regarded by the participants.

In fact this season the club has fielded enquiries from several teenagers wishing to complete their Bronze Medallion course and become lifesavers who got their first taste of the surf in the program.

Bellambi Surf Life Saving Club would like to thank the other partners of Project 291 for helping us win this awards, without us working together Project 291 would never have happened: